Join us for our FREE Open House for Surrogates! 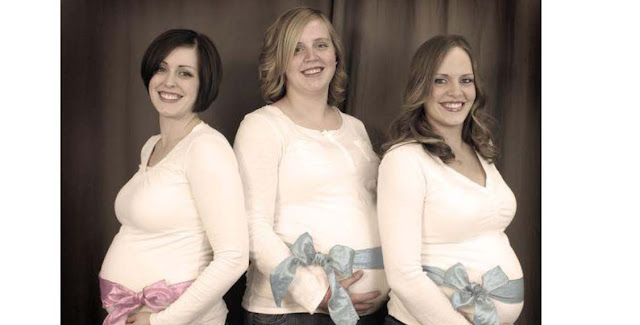 Reproductive Possibilities is opening its doors to young, healthy women (between 21-43 years old), who may be interested in becoming surrogate mothers. Discover how you can make someone's dream come true by carrying a child for parents who are unable to do so on their own. Meet our kind, caring, and supportive staff who can help you understand and begin the journey. RSVP now and register to receive a free gift on the day of the event. (Limit 15).


Wondering if you qualify?

Visit our website for additional information www.reproductivepossibilities.com or call us at 201-505-0078.

Looking forward to meeting you soon!
Gift to the first 15 attendees!

Posted by Melissa Brisman at 1:49 PM No comments: 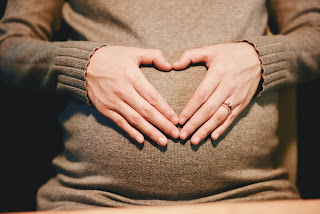 You’d be surprised with the amount of people who have trouble conceiving a child.  Surrogacy now provides options for those experiencing infertility issues, and with the help of some of the most caring and giving women, it allows for these individuals to fulfill their dreams of becoming a parent. The following is a guide in understanding the concept of surrogacy.

Surrogacy; is the involvement of a woman who carries a child to term and relinquishes her rights to said child over to the intended parent(s).

There are 2 types of Surrogacy:


This is the most popular type of surrogacy; it includes the use of Assisted Reproductive Technology (ART) treatments such as InVitro Fertilization and embryo transfer (implantation) procedure.

In Vitro Fertilization is a procedure in which the eggs are extracted from a woman's ovaries, either from the intended mother or an egg donor, and then fertilized with sperm  from the intended father or a sperm donor. Once the eggs are fertilized, they are considered embryos and are soon ready to be implanted into the uterus of a woman who will carry the child to term, i.e. the surrogate or gestational carrier.

Because the fertilization process occurs outside of the human body, unnaturally and in a medical laboratory, the process can be costly and often times is not covered by one’s insurance plan. . Once created, embryos may be frozen and stored in a lab, which provide a safe, stable environment. If donors are involved in this process, it adds to the cost.

Additionally, the intended parents often need a written contract with the donor (anonymous or known) to ensure that the donor has no rights to any child resulting from the embryos created with her genetic material.

In the scenario described above, the woman carrying the child to term is not genetically linked to the child; this means she is classified as the gestational carrier.

Before transferring the embryo into the uterus of the surrogate for implantation, a written contract needs to be drafted between the intended parents and the gestational carrier. This contract confirms the gestational carrier’s intention to relinquish any rights to the child she may have simply as a result of her birthing the child. Also, she acknowledges that the intended parents are in fact the legal parents of the child.


This now brings us to the question of compensation for a gestational carrier. In some U.S.States and other countries, it is legal for you to pay someone to carry a child for you -- above and beyond the medical bills and travel she may incur to the medical facility to undergo ART procedures. This is sometimes referred to as commercial surrogacy.

Commercial surrogacy is becoming very widely known, as it has become legal in many U.S. states. Unfortunately, some of our states and other countries are still against this and have not legalized surrogacy in many areas.

Since there is money involved, a contract is a necessary document to have in place. This establishes when payments will be given to the gestational carriers and in what circumstances and amounts. All of these fees and expenses are paid according to the terms the intended parents and the surrogate have agreed upon and included in their contract.

The surrogate will be using her own egg and will become pregnant via an insemination process where the sperm of the intended father, or that of a sperm donor, is transferred to her uterus. In this case, the surrogate is genetically linked to the child she is carrying.

This means that once the child is born, she must relinquish her parental rights, usually through an adoption hearing, so that the child can be raised by both the intended father and his partner or wife.

The process used for traditional surrogacy is known as intrauterine insemination also known as IUI.  As part of the IUI process, semen from either the intended father or from a donor is collected and washed carefully in a laboratory. The semen needs to be specially washed as semen is not only made up of sperm.

The sperm is then separated from any impurities. This will ensure the sperm is concentrated; the more concentrated it is the higher the rate of pregnancy. This concentrated sperm is then transferred into the uterus of the surrogate. Insemination can take place in either a sterile medical facility, where it is constantly being monitored, or in a home setting.


No two surrogate journeys are the same. Each has its own path, and may be a bit of a roller coaster while others more like a lazy river. Before deciding which type of surrogate journey is best for you (gestational or traditional), please take the time to do further research.

We welcome you to check our website www.reproductivepossibilities.com for more information.

Posted by Unknown at 5:51 PM No comments: 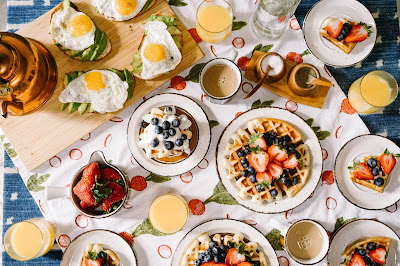 Who doesn't love eating yummy foods? While most food is tasty and delicious, some precautions should be taken while you're pregnant. During your pregnancy, you will be consuming a bit more food than usual, since your body will be fueling you and a baby. Extra nutrients and proteins should be consumed in order to feed the growing baby. Eating a variety of different nutritious foods will keep your body healthy and in return will keep the baby healthy and allow continued growth. It is important to start exploring healthy eating options early in a pregnancy. It is essential that the baby’s growth and development continue to be strong throughout the pregnancy and eating foods to help boost your health is very beneficial to both you and the baby.

Remember the baby will be feeding on the foods you ingest. It is important that you eat enough foods that contain calcium, folic acid, iron, and protein; to help sustain the needs of the developing baby. You might be thinking to yourself that you need to change your entire way of eating... Good news! That is not true!  Adding certain foods and subtracting some high-calorie snacks, can help your transition to healthier habits.  Recipes for easy and delicious meals and snacks can be found online or in your recipe box, and within no time you will be eating nutritious and tasty foods that you will love and will benefit the developing baby.

Let us take a moment to discuss what calcium, folic acid, iron, and proteins do to help your body and how it benefits the development of the baby-to-be. We will also address what tasty foods these essential nutrients can be found in. 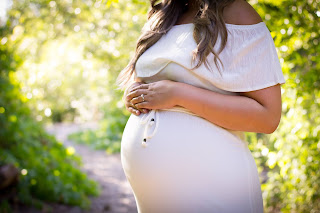 Calcium is essential as it is the building blocks for the baby's bones and teeth. It makes all the bones in the body nice and strong. Your body can't make calcium, so you need to get it from a variety of foods or with supplements. Calcium can also reduce your risk of hypertension and pre-eclampsia. Here are some food suggestions that are rich in calcium and that are packed with flavor:

Folic Acid also is known as folate. Folate is naturally found in foods. It is suggested to start eating foods that contain folate early on in your pregnancy (even prior to pregnancy); and/or foods that are fortified with folic acid. This means that the food has been enhanced with the nutrients. Folic acid plays a big role in helping to prevent birth defects of nervous tissue, the brain, and spinal cord. Folate can naturally be found in:

Foods that are fortified with folic acid;
Breakfast cereals, bread, pasta, and rice
*Please read all labels before consuming*

Iron is a crucial mineral that is needed during pregnancy. Iron in the body is used to produce extra blood; hemoglobin. Hemoglobin is a substance found in red blood cells and they transport oxygen throughout the body. During your pregnancy,  your body supplies oxygen to the baby. This means the demand for iron goes up with the increase in blood supply. Iron is found in:
Spinach, raisins, kidney beans, lentils, pumpkin seeds AND
dark chocolate (YUM!)

Protein is a type of nutrient found in a variety of foods. Protein is made up of many amino acids joined together, that are the building blocks of your body's cells - and the baby's body and cells. A healthy protein intake during your pregnancy can result in a healthy birth weight. A healthy birth weight can reduce the risk of the child developing diabetes or becoming overweight later on in the child's life. Tasty and healthy sources of protein can be found in:
Beans, chicken, liver, lean beef, lamb, pork and nuts
Posted by Unknown at 11:50 AM No comments:

Click the photo below to learn about our family building services 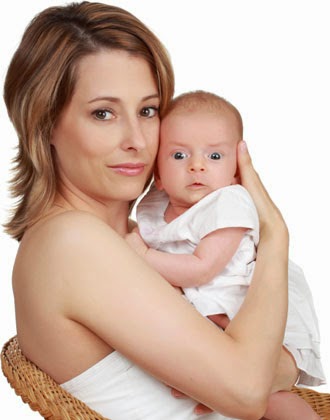